« "Excuses" fool self | Main | How to Better Procrastinate »

Delete Facebook — Breaking Up Is So Very Hard To Do... 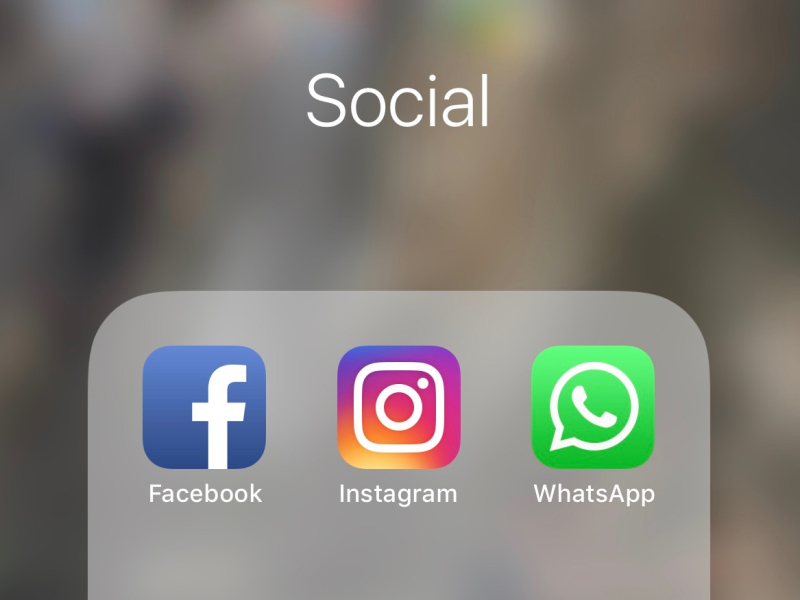 I’ve been a Facebook user for over ten years. Two years before that I had joined LinkedIn. Always have been an early adopter of such trends. In the early 2000s I was an ardent blogger, then Facebook slowly pulled me away from blogging.

Yes, I joined Twitter early, too, although I have not been actively tweeting. When Instagram came, I jumped in and became quite active posting photos especially in the last two years. And there’s WhatsApp and WhatsApp Groups. The ten years of Facebooking and lesser years of Instagramming and WhatsApping had been enjoyable, mostly. “Mostly,” because in the last one year I became uneasy with these three media.

#deletefacebook? Delete mindless scrolling, actually. I deactivated my Facebook and Instagram accounts four weekends ago (oh, it was before the Cambridge Analytica fiasco blew up), and at the same time exited almost all social WhatsApp groups. I remain in family and work related WhatsApp Groups.

Facebook, Instagram and the social WhatsApp groups had me scrolling many, many, many times a day. Yes, there were mostly “nice” updates and photos from people. I’d be posting to Facebook and Instagram once a week or two, and the likes were... pleasant. On the numerous social WhatsApp groups I hardly posted anything — I just “fast-scrolled” them. I thought keeping in touch with people on these three platforms were cool and expected of me.

But these were mostly noise, I began to feel. I had allowed the numerous daily scrolling to distract me from what I should focus on. It often derailed my momentum of my daily and weekly intentions.

Last year in my attempt to wean off Facebook, I deleted the Facebook app on my phone and iPad, wanting to reduce Facebooking by opening it on on laptop only. Shucks, m.facebook.com was still openable on the phone browser. Blocking it on the phone browsers didn’t help because often enough I’d unblock them again!

Was this addiction? The pleasure-inducing dopamine buzz like what Robert Lustig says in his book, The Hacking of the American Mind: The Science Behind the Corporate Takeover of Our Bodies and Brain?

Four weekends ago, when a Facebook friend commented humorously that I must have been really bored to post what I posted that day, it hit me. My posts had been self-indulgent.

Even the crafty photos (well, I thought so) I posted on Instagram, well, I probably created illusions of reality.

Susan Sontag would say, “In deciding how a picture should look, in preferring one exposure to another, photographers are always imposing standards on their subjects. Although there is a sense in which the camera does indeed capture reality, not just interpret it, photographs are as much an interpretation of the world as paintings and drawings are. Those occasions when the taking of photographs is relatively undiscriminating, promiscuous, or self-effacing do not lessen the didacticism of the whole enterprise. This very passivity — and ubiquity — of the photographic record is photography's "message," its aggression.”

So, cold turkey I went, off Facebook and Instagram. While at it, I exited those social WhatsApp Groups.

Three friends immediately asked why I left a WhatsApp group. “Fasting,” I replied. It was only five days later (hey, nobody missed me!) that a friend told me he could not tag me in his wefie on Facebook, so I said I’m experimenting to be off these three media. Detox, he asked? Yeah, sort of, I answered.

After four weeks I found that my FOMO (fear of missing out) was unfounded. No major news about friends and family were missed. Work matters absolutely did not get affected. I could live without seeing people acknowledging me in posts or likes.

Family news, if important enough, someone would tell me. General news I still could keep up with on my news apps. I like myself already, so I don’t need the little screen of the phone to excite me.

I found more peace! Scrolling on the phone screen would have felt aimless, or would have been irritating if I spot something I don’t like — none of that now! In place of the scrolling, I began to read or re-read my e-books, or articles of interest.

Am I now un-sociable? Perhaps, on those media, yeah! Can people know me? Of course, they can contact me directly or still check my online presence on my Twitter and LinkedIn accounts (somehow I have never been aimlessly scrolling on these two, I don’t know why) as well as my professional website rubah.my or personal blog hasansaidin.com.