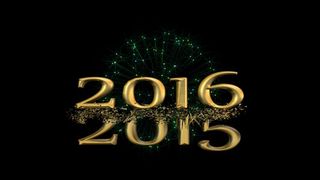 I am not one who annually set and declare new year resolutions. Come to think of it, a year ago today I would never have expected to be having this website and blog!

In a short interview by Scientific American a few years back (available as a podcast called "David Allen on Goal Setting" in "GTD Connect" [you need to be a member] at www.gettingthingsdone.com), David Allen gave counter-intuitive views about new year resolutions setting, and asked us to do year-end clean up.

David Allen: Thinking about goals and the things you want to get out of life is always gonna be better than the essentially 93% negative self-talk most people do: “Wow, life’s hard, I’ll never get there..”

So anything you can do that keeps your mind focused on more positive stuff, those stuff you want to have, is going to be highly useful to you.

Interviewer: So that’s good news, but David Allen also says to watch out for a few things when sitting down when thinking about your goals in the year ahead.

David Allen: People need to get very serious about goal setting and lighten up at times. What people don’t need is to beat themselves up anymore. I think most people usually, in the US anyway, we’re in such an optimistic culture, and in January we are really optimistic.

“I ate too much, I fluffed off last year. I’m really gonna make it different this (new) year.”

I would highly suggest that people be cautious about that.

Interviewer: So what is the best way to set goals?

David Allen: The best way to set goals is to set about 45 and see which 2 still stick around.

David Allen: Oh, anything. What would you have true by the end of next year?

I mean just keep going! Just keep on having those wonderful images of what life would be like if it was in some sense enhanced or expanded or better for you, whatever that means to you.

And then just keep on essentially keep focusing on them and re-set. We almost never achieve our goals.

Interviewer: WHAT? Then why bother making them in the first place?

David Allen: Because from where I’m looking right now with the goal I set, by the time I’m halfway through it, I’m already more mature, more experienced to have better data. And so by the time I get halfway through the goal I set, I look down and say, “Oh, wait a minute, that over there is what I REALLY wanted, but I couldn’t see it from back where I started. So I had to pick something and get going.”

You know I learned years ago in martial arts that what you don’t do is to stand still. You’re better off to actually be going in the wrong direction 180 degrees, and course-correct and turn around; it actually take less energy to do that then to get going from a standstill. So most people want to know what to do before they start doing, but frankly, you’re not going to know what to do until you start doing.

Interviewer: And so, what is the one practical thing we can do to keep and meet our goals in (the new year)?

David Allen: I would recommend that before or in the midst of or maybe instead of setting big goals you may crash and burn from, the best thing to do is clean up.

Interviewer: And why is this so helpful?

David Allen: There’s really nothing more frustrating than to add new stuff onto a whole lot of incompletion and old residue sitting in your psyche and in your “house.”

So one of the coolest things to do at year end is exactly to use this as the inspiration, “Hey, you know it’s really time to get our filing system in order.”

It’s really time to walk around, make a “site walk-around” and make a list of all the stuff that we really might or need or want to clean up.

And then also sit down with your or any partners in life and make a list of all the cool things or new things or things you completed in the last 12 months. It’s a very very powerful exercise psychologically to give themselves some acknowledgement.

When you think of where you were a year ago, or even in any kind of a timeline, it really gives you a more grounded view of how cool things could be, and also that you don’t overblow your expectations. ‘Cos if you set something too far, you’ll stretch the rubber band and break it.

You really need to make it what I call “51% believable.” It needs something that, you know, “Yeah, it’s 51% believable!” You need to have stretch goals, they’re fun, and they’re a good thing and healthy for people to stretch and expand, but again you don’t want to stretch it too far.

Interviewer: So here’s to (the new year), and your far-reaching, yet reachable goals.